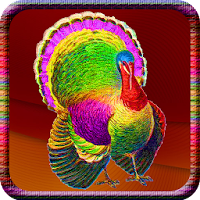 Thanksgiving is a national holiday celebrated primarily in the United States and Canada as a day of giving thanks for the blessing of the harvest and of the preceding year. Several other places around the world observe similar celebrations. This festival celebrated in countries like United States, Canada, Liberia, Grenada, Territories, Puerto Rico (USA), Norfolk Island (AUS). It is celebrated on the fourth Thursday of November in the United States and on the second Monday of October in Canada. Thanksgiving has its historical roots in religious and cultural traditions, and has long been celebrated. In Germany: The Harvest Thanksgiving Festival, Erntedankfest, is an early October, GermanChristian festival. The festival has a significant religious component to it, but also, like its North American counterpart, includes large harvest dinners and parades.The Bavarian beer festival Oktoberfestgenerally takes place within the vicinity of Erntedankfest. In Japan: Labor Thanksgiving Day (Kinrō Kansha no Hi) is a national holiday inJapan. It takes place annually on November 23. The law establishing the holiday, which was adopted during the American occupation after World War II, cites it as an occasion for commemorating labor and production and giving one another thanks. It has roots in an ancient harvest ceremony (Niiname-sai ) celebrating hard work. As President of the United States, George Washington proclaimed the first nation-wide thanksgiving celebration in America marking November 26, 1789, "as a day of public thanksgiving and prayer to be observed by acknowledging with grateful hearts the many and signal favours of Almighty God" Thanksgiving (Canadian French: Jour de l'Action de grâce), occurring on the second Monday in October, is an annual Canadian holiday to give thanks at the close of the harvest season. Although the original act of Parliament references God and the holiday is celebrated in churches, the holiday is mostly celebrated in a secular manner. Thanksgiving is a statutory holiday in all provinces in Canada, except for New Brunswick and Nova Scotia. While businesses may remain open in these provinces, the holiday is nonetheless recognized and celebrated regardless of its status.
Get thanksgiving LWP for free, enjoy every time the soul of celebration.
Show More Show Less
ADS
More Information about: Thanksgiving Live Wallpaper