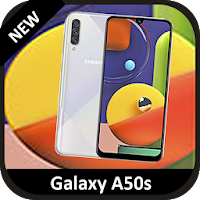 Mobile
This theme contains the list of new amazing icons, stunning HD wallpapers and high quality looks of this Theme will make your Galaxy A50s much prettier than before.
It includes the best animated launchers which works very efficiently for your mobile phone which will increase the smoothness of your mobile phone. If you want a Minimal wallpaper theme for your mobile phone then we are sure this is the best theme and wallpaper app to use. It will help in improving the battery life of your cell phone and you will feel the new experience of the new spectacular outlook of your smart phone.
Try out Theme for Samsung Galaxy A50s and bring a lavish look to your mobile screen and enjoy the best and eye catching theme of play store.

This theme for samsung galaxy a50s is a resemblance to the UI of the phone made by samsung, you will get the stock/original wallpapers of the galaxy a50s phone. this theme is supported by almost 99% of the android smartphones available in the market today. the wallpapers are FHD+ resolution, which will look good on almost any smartphone, and these wallpapers will make even a dull display sharper and make it look good, the theme can be applied on any launcher, while the wallpapers can be applied to the stock launcher of every android phone, this theme for galaxy a50s was created with a lot of efforts by the developers and it has been thought of almost every aspect to be made perfect. and support was added to the theme for almost every launcher that is available on the play store, i will mention only the most famous ones here below.


Some major launchers that support the theme for samsung galaxy a50.


Thanks for downloading and enjoy,

How to use it

Themes for Samsung Galaxy A50; launcher for Galaxy
4.2 - FREE