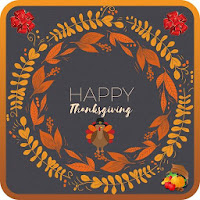 Thanksgiving Day is a national holiday celebrated on various dates in Canada, the United States, some of the Caribbean islands, and Liberia. It began as a day of giving thanks for the blessing of the harvest and of the preceding year. Similarly named festival holidays occur in Germany and Japan. Thanksgiving is celebrated on the second Monday of October in Canada and on the fourth Thursday of November in the United States, and around the same part of the year in other places. Although Thanksgiving has historical roots in religious and cultural traditions, it has long been celebrated as a secular holiday as well.

Prayers of thanks and special thanksgiving ceremonies are common among almost all religions after harvests and at other times. The Thanksgiving holiday's history in North America is rooted in English traditions dating from the Protestant Reformation.
In the English tradition, days of thanksgiving and special thanksgiving religious services became important during the English Reformation in the reign of Henry VIII and in reaction to the large number of religious holidays on the Catholic calendar. Before 1536 there were 95 Church holidays, plus 52 Sundays, when people were required to attend church and forego work and sometimes pay for expensive celebrations.

The 1536 reforms reduced the number of Church holidays to 27, but some Puritans wished to completely eliminate all Church holidays, including Christmas and Easter. The holidays were to be replaced by specially called Days of Fasting or Days of Thanksgiving, in response to events that the Puritans viewed as acts of special providence. Unexpected disasters or threats of judgement from on high called for Days of Fasting. Special blessings, viewed as coming from God, called for Days of Thanksgiving. For example, Days of Fasting were called on account of drought in 1611, floods in 1613, and plagues in 1604 and 1622.

Days after Thanksgiving
The day after Thanksgiving is a holiday for some companies and most schools. In the last two decades of the 20th century, it became known as Black Friday, the beginning of the Christmas shopping season and a day for chaotic, early-morning sales at major retailers that were closed on Thanksgiving.
A contrasting movement known as Buy Nothing Day originated in Canada in 1992. The day after Thanksgiving is also Native American Heritage Day, a day to pay tribute to Native Americans for their many contributions to the United States.
Small Business Saturday, a movement promoting shopping at smaller local establishments, takes place on the last Saturday in November, two days after Thanksgiving. Cyber Monday is a nickname given to the Monday following Thanksgiving; the day evolved in the early days of the Internet, when consumers returning to work took advantage of their employers' broadband Internet connections to do online shopping and retailers began offering sales to meet the demand. Giving Tuesday takes place on the Tuesday after Thanksgiving.

Happy Thanksgiving Wallpapers Status 2018 contains wallpapers and pictures which you can save and also share through various social media platforms.

Happy Thanksgiving Wallpapers Status 2018 allows you to set wallpapers on your phone.

You can also mail if you want to this app provides you lots of options and ways to share or wish anyone you want to.

You can also save these images. Feel free to give suggestions.