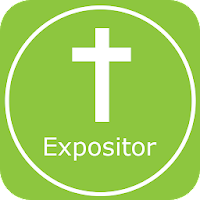 Mobile
Overview Expositor Bible Commentary application
The Expositor's Bible Commentary is a major contribution to the study and understanding of the Scriptures. Its seventy-eight contributors come from the United States, Canada, England, Scotland, Australia, and New Zealand, and from many denominations, including Anglican, Baptist, Brethren, Methodist, Nazarene, Presbyterian, and Reformed. They represent the best in evangelical scholarship committed to the divine inspiration, complete trustworthiness, and full authority of the Bible. This reference work provides pastors and other Bible students with a comprehensive and scholarly tool for the exposition of the Scriptures and the teachings and proclamation of their message. The English text used in The Expositor's Bible Commentary is the NEW INTERNATIONAL VERSION (North American Edition), though contributors refer to other translations and to the original languages. Each book of the Bible has, in addition to its exposition, an introduction, outline, and bibliography. Notes on textual questions and special problems are correlated with the expository units; transliteration and translation of the Semitic and Greek words make the more technical notes accessible to readers unacquainted with the biblical languages. In matters where marked differences of opinion exist, commentators, while stating their own convictions, deal fairly and irenically with opposing views.

Nicoll was born in Lumsden, Aberdeenshire, the son of a Free Church minister. He was educated at Aberdeen Grammar School and graduated MA at the University of Aberdeen in 1870, and studied for the ministry at the Free Church Divinity Hall there until 1874, when he was ordained minister of the Free Church at Dufftown, Banffshire. Three years later he moved to Kelso, and in 1884 became editor of The Expositor for Hodder & Stoughton, a position he held until his death.

In 1885 Nicoll was forced to retire from pastoral ministry after an attack of typhoid had badly damaged his lung. In 1886 he moved south to London, which became the base for the rest of his life. With the support of Hodder and Stoughton he founded the British Weekly, a Nonconformist newspaper, which also gained great influence over opinion in the churches in Scotland.

Commentary on the Bible
4.5 - Free