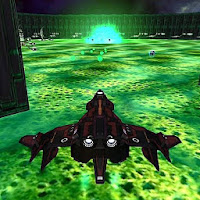 Mobile
LSS is sci fi shooter games in the maze games, 3D arcade and action games with the ability to purchase spaceships and their modernization. Included in the group of rpg, alien games, retro games, spaceflight simulator and free games.

The action takes place in open dual space at a large space station. It is built in the form of labyrinths (mê cung 3d) - military bases of aliens, they serve them as a starting point for attacks on the earth. The clash planet earth with aliens. They are aliens, which means aggressors. You are the fair defender of the galaxy and your task is to protect the earth. Danger zone - conflict regimen of war space of in the labyrinth and is the battle of the warrior (mr bullet) which of the subdivision falcon of the galaxy shooter.

You need to attack (atak) and headlong shoot at aliens - implosion aliens. An alien explosion after the dust settle gives you a ball of Energy. It is needed for the purchase and modernization of spaceships. And also for updating the energy shield and weapons. To buy the next spaceship and enter the next maze, you also need to get a lot of Experience. You can also get Experience and Energy from regular and daily missions or buy it from an internal store.

The pace game is not the fastest, but balanced. Space Shooter - has a world leaderboard. The rating of a warrior player depends on constant hunting and obtaining hunting points. You space hunter must hunting and battle with aliens gives your more rewards. Daredevil the higher the maze level, the higher you will be in the leaderboard.

Game Features:
🎮 Control is made in the style of a full joystick games - a gamepad
☆ Challenging 10 mazes. Each labyrinth (labirint) has its structure, both in design and in the complicated of the route
☆ Navigation map - is online map for each maze created in real time with which you can always see where in the maze you are and where you need to go
🚀In the hangar are amazed 12 types of different spaceships and starships for the player. All spaceships models details in 3D. Everyone has their own strength attack and degree of protection
☆ 6 types of ship upgrades: attack, defense, weapon capacity, shield capacity, regeneration, new weapons with the ability to shoot double charges
☆ 4 types of weapons. Blasters that shoot single or double shots: laser, photon, plasma and fire. They can be switched without limitation during the battle, choosing the weapon that causes the greatest amount of damage
☆ 16 alien enemy types. Different types of their strength (weak, strong, boss)
☆ Different types of alien powers (calm, aggressive, patrol, kamikaze).
In all the labyrinths of the order of 17 epic bosses with guards
🌠 Regular and daily missions, completing which you are given a reward in the form of a ball of Energy or Experience
☆ For convenience, the game scene displays the indicators of blown up UFO for the current missions of the maze
☆ Teleport is a portal with the help of which you can always return to the main menu, then go to the Hangar and improve the performance of your flying monster (starship)
☆ If your defeat ship is blown up, do not despair, it can be reborn several times depending on the difficulty of the level
☆ TOP 100 World Leaderboard divided into three stages:
For All Time, Last Month, Last Week. Player rating depends on trophy awards

Additional Features:
➤ Works on Android from 6.0 and higher
➤ Optimized for new devices with different screen resolutions
➤ Game with good 3D graphics. Detailed textures of yours and alien ships.
➤ Simple and smooth control with the ability to switch weapons during battle
➤ Strafing movement - for quickly avoiding enemy fire and instant shelling from a different angle
➤ Space Rangers. Go compete for the right to take first place in the world record table